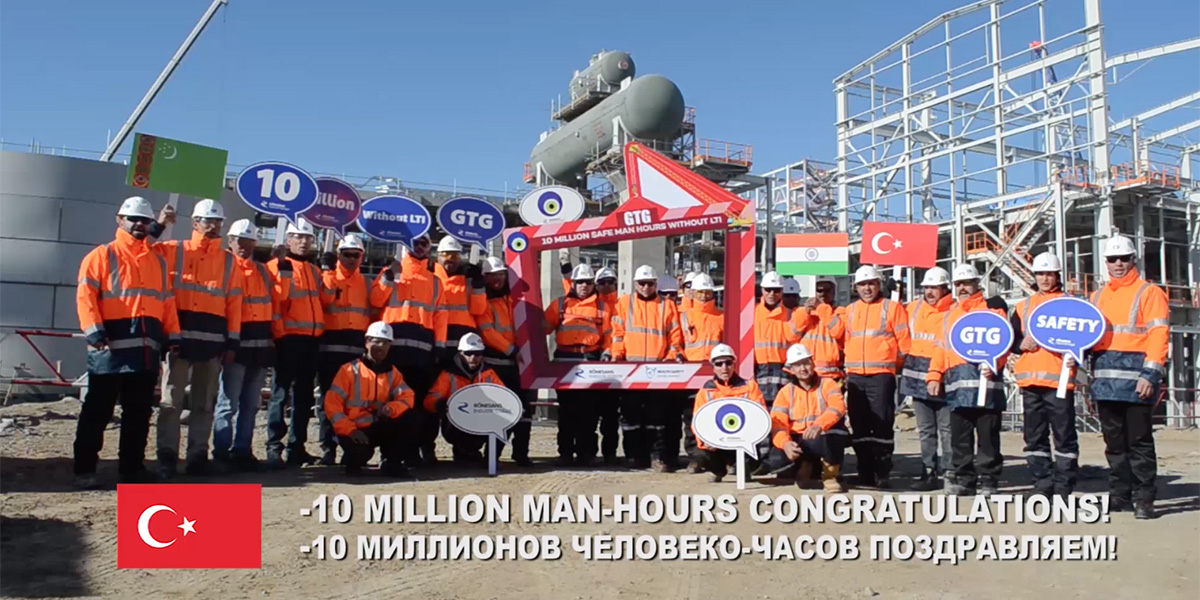 Since we began our work in the world’s largest gas-to-gasoline (GTG) plant, located in Akhal Velayat –near Ashgabat, the project announced its first 1 M milestone in September, 2015.

In January 2017, we are happy to announce that after 19 months, the project has surpassed a milestone of 10 M man-hours without any lost time injury (LTI).