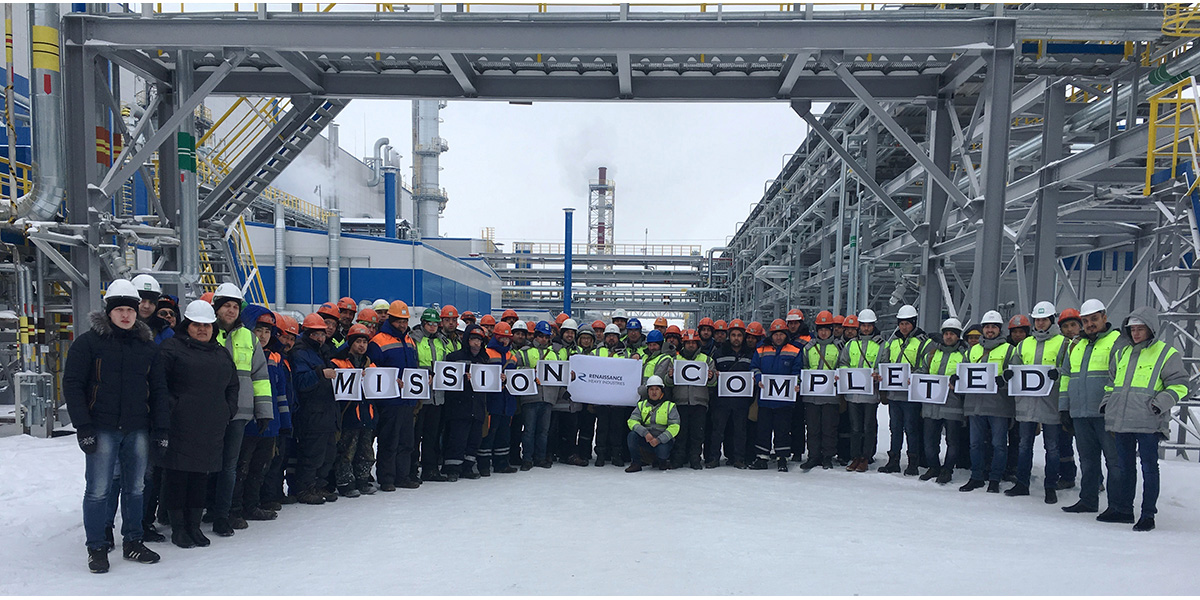 In consortium with Japanese Mitsubishi Heavy Industries and Sojitz Corporation, RHI reached mechanical completion at the Complex of Acrylic Acid and Acrylates in Salavat, Russia and received the Provisional Acceptance Certificate. Ordered for RHI in August 2013 by Russian Acryl Salavat Company, which is a 100% subsidiary of Gazprom Neftekhim Salavat, the complex will be capable of producing 80,000 tpy of Acrylic Acid, 35,000 tpy of Glacial Acid and 80,000 tpy of Butyl Acid.

RHI carried out the “C” part of the EPC contract, and later, some components of the “P” part were given to our Company. The Final Acceptance Certificate signing and opening grand ceremony is scheduled for April 2017.