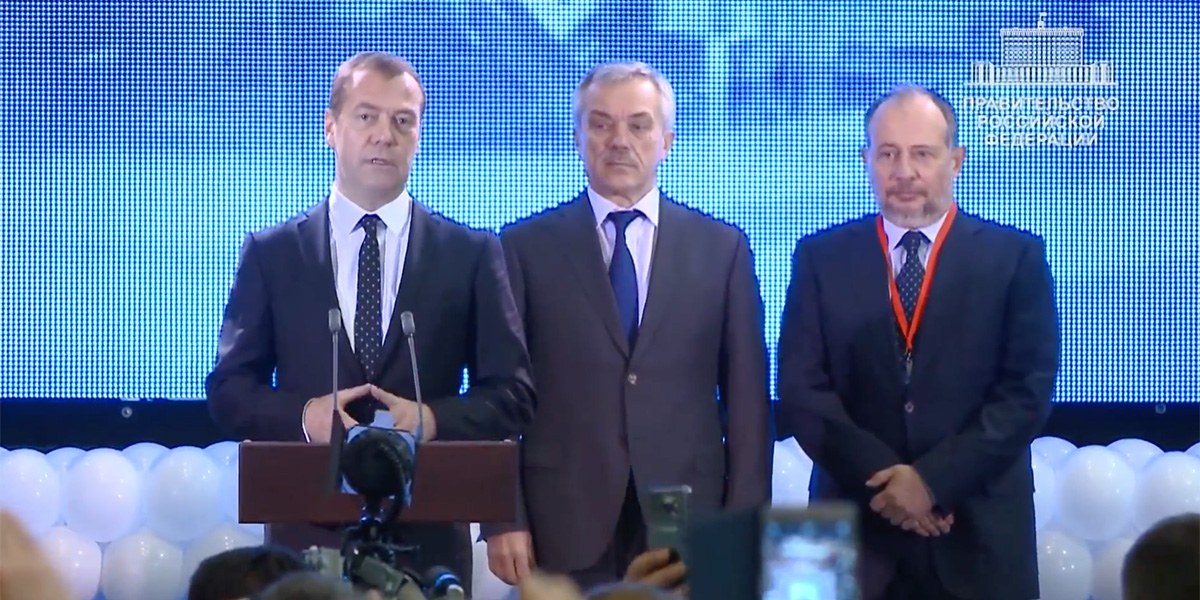 The opening ceremony was headed by Prime Minister of the Russian Federation Dmitry Medvedev, Chairman of the Board of Directors of “NLMK” Vladimir Lisin and the Governor of the Belgorod region Yevgeny Savchenko.

During the ceremony, President of “RHI” Alptekin Teaser, Senior Vice President Mustafa K. Ozakay and a number of “RHI” executives, were awarded certificates of appreciation by the “NLMK”, in which the Client expressed his recognition not only for the quality and timing of the work performed, but also recognized that the success of “RHI” lies in the highly skilled, organized and hard-working staff of the company.

The Plant has been built by “RHI” Company in 2,5 years, in record time for such facilities. The annual capacity of the Plant is 6,000,000 tons of pellets per year, and the entire Plant area is approximately equal to 22 football fields.