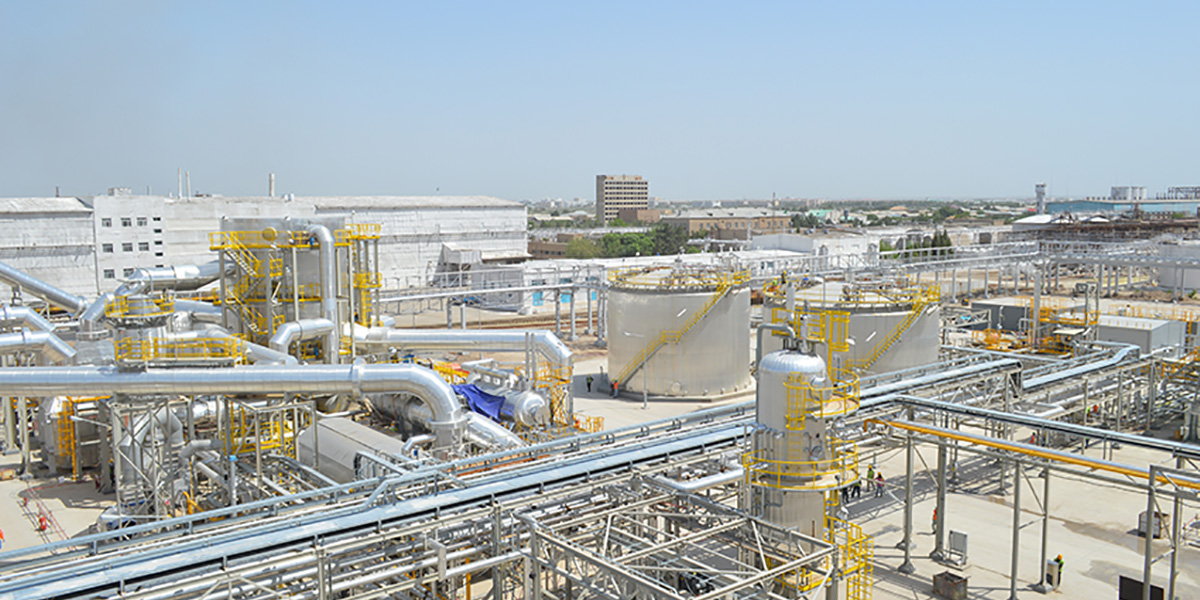 Turkmenhimiya Sulfuric Acid production Plant at the Turkmenabat Chemical Plant in Turkmenistan is a modern complex of buildings and structures, equipped with the latest advanced technological equipment. Design capacity of the plant is 500 thousand tons of monohydrate per year.

Renaissance Heavy Industries was awarded the Sulfuric Acid production project at the August, 2013, in composition of the Consortium together with the Japanese Company «Mitsui Engineering and Shipbuilding Co., Ltd». According to the Contract, starting date of the project has been fixed on September, 2013. But, due to the subsequent change of the construction site location, works have been started on November, 2013, i.e. with 2 months deviation from the initial Contract starting date.

Signing of the Act of the Working Committee, which confirms the readiness of the finished construction of project for the presentation to the State Acceptance Committee, have been completed on 3rd of May, 2016, i.e two months before the Contract final date.

Signing of the Act of State Acceptance Committee on putting into operation the facility is completed on 4th of June, 2016, i.e one month before the Contract final date.

First product have been manufactured on 1st of June, 2016 and even before the Performance Test have been carried out, the volume of ready product was 3000 m3. Performance Test of the Plant have been performed and successfully completed on 19th June, 2016. The amount of produced 100% concentrated acid is 4,803 tons for 72 hours.